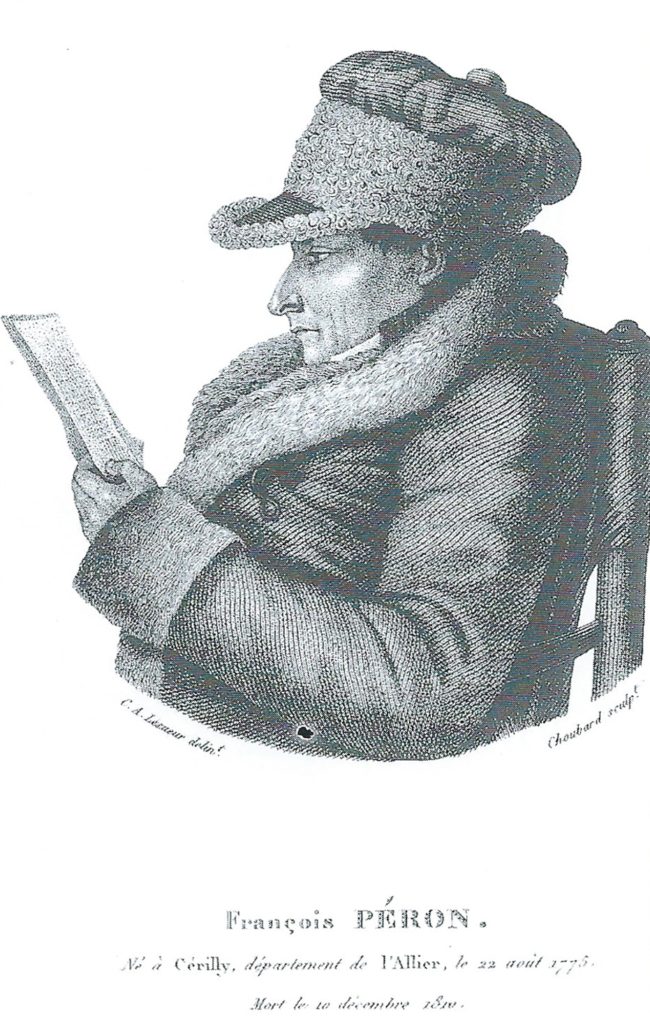 François Péron, drawn by Lesueur in 1810, about a fortnight before his death from tuberculosis at just 35 years of age. Péron, who joined Baudin’s expedition in the aftermath of an unfortunate love affair, seems to have been a man of fiery temperament and he frequently clashed with Baudin. He became the expedition’s chief zoologist after the deaths of his two immediate superiors, and with Lesueur collected some 100,000 zoological specimens. Although he died young, he was an insightful and significant contributor to the foundations of antipodean science, and he wrote a great deal about the Aborigines of the D’Entrecasteaux Channel. After Baudin’s death, Péron completed the official account of the expedition. In so doing he greatly tarnished Baudin’s reputation. (Museum d’Histoiree Naturelle, Le Havre).