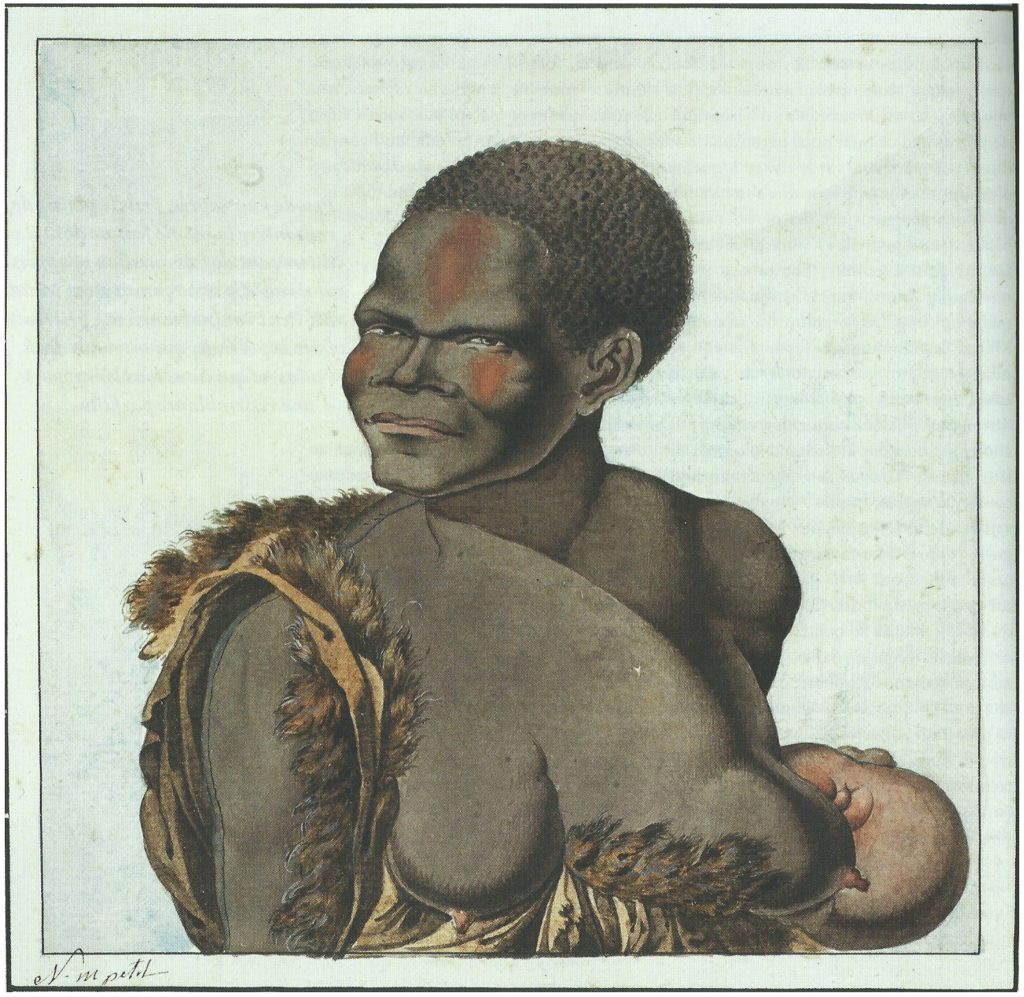 Arra-Maida ‘Femme de Cap Sud’ – The top image is the original picture made by Petit (Collection Lesueur du Havre). Many reproductions followed, some by expeditioners after their return to Europe, such as Freycinet (after Baudin’s expedition) and Beautemps-Beaupré (after D’Entrecasteaux’s), each of whom published an ‘Atlas’ of the southern lands. A study of these can reveal how European ideas about indigenous peoples changed over the course of the nineteenth century. Some of the reproductions made from this image are shown in the next images.