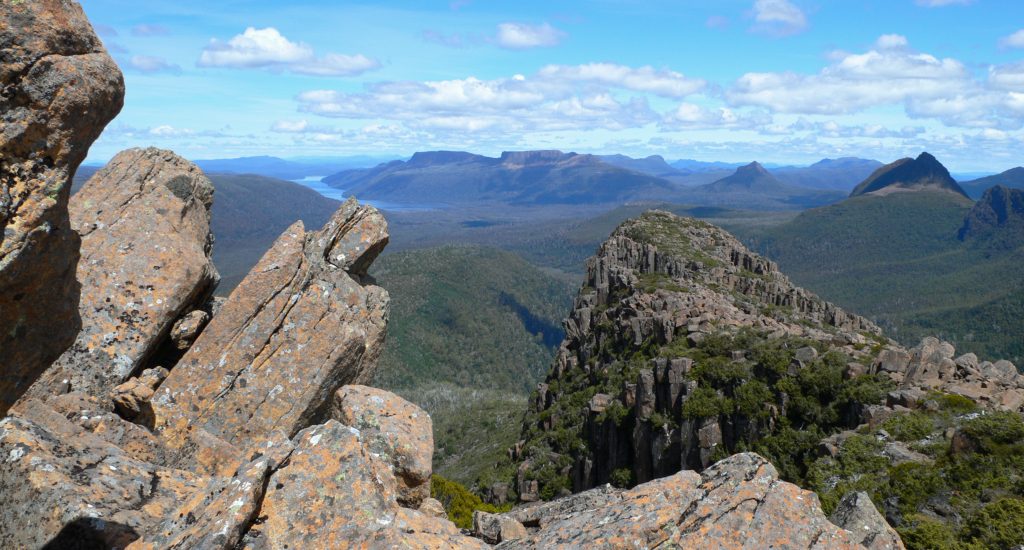 The boulders that occur on Kelly’s Point have the same composition as the spectacular columns that crown many of Tasmania’s mountains and plunge into the sea around southeastern Tasmania. This rock is dolerite, a substance that is relatively rare elsewhere in the world, but which played a crucial role in demonstrating the theory of plate tectonics and the existence of the supercontinent of Gondwana. A once-contiguous belt of dolerite runs from Tasmania through Antarctica and southern Africa, as shown in the following diagram.